The last day of the Triple Threat.  I would not be bringing home a slab of tree trunk, which was the reward for completing all three phases of the Triple Threat, but my legs still worked for the most part.  The course was  the same as the mountain bike race and I kind of wanted to revisit the tree that got me the first time.  Also, I had planned all week to run the thirteen miles in honor of fallen heroes.

Like I said, this course was the same one we had raced on the mountain bikes the Friday before and I was looking forward to running it.   If I hadn’t proved to be so accident prone on a bicycle, I would like to ride it again, but it will probably take me at least a year to build my confidence back up again.

The course for the most part is single track which meant that in the beginning we were single file and walking a good bit the first mile before the runners started to thin out a little.   Somewhere between Miles 2 and 3 I found Ericka.

Ericka had not done much trail or distance running and I did not have the motivation or focus to make decent time, so we were good company for each other.   She was even game for stopping every mile to take a selfie with me.

I explained to her that I volunteer with Arkansas Run for the Fallen and one of the things we do to remember our fallen heroes and gold star families is the Wreaths Across America program.   A few weeks ago I had posted on Facebook that I would run 1 mile for each wreath that was don

ated through me to Wreaths Across America.  I had no idea the response would be as great as it was and I ended up with 58 donations and still counting!

For each mile I run, it is in remembrance of a fallen hero.  On that day I ran for Army SGT Ronald W. Baker, Army CPL Zachary D. Baker, Army SPC Rusty W. Bell, Navy PO2 Kevin R. Bewley, Army SSG Hesley Box Jr., and Army SSG Stacey C. Brandon, six of our Arkansas fallen heroes that have died since 9/11.

The last mile that day was for Navy Seal Christopher “Chris” Scott Kyle, the American Sniper.  A few days before I left for Wichita Falls, a friend of mine came to the office and donated a wreath.  I asked if there was anyone he wanted me to run that mile for and he paused for a second and said, “Chris Kyle”.   I knew then that my last mile of the half marathon would be run for him.   I was really honored to be able to run for him in his home state of Texas.

We finished in just a little over 3 hours and during that time I probably talked her ear off.  Well, at least until the last couple of miles when she did her best to get me to run and all I wanted to do was lay down on the ground and think of all the reasons why running sucks.

I feel like I should at least tell you what I thought of this race in case you might be considering doing it yourself.   It’s tough, but even with my mishap it was one of the best experiences of my life.  The whole weekend was very well organized from packet pickup to the courses being marked.  There was plenty of entertainment and vendors for spectators or for anyone waiting on your friends to finish.  The expo had tons of vendors and tons of products.  Even with the thousands of people there, parking was free and plentiful.  The aid stations were very well stocked with a large variety of food, water and Powerade.  If I can build my courage back up to try the 100 miler again, I will definitely be back!

Arkansas Run for the Fallen

Wreaths Across America  – Please donate!  For every wreath donated through this link I will run 1 mile.  Comment below to let me know how many wreaths you donated and if you would like me to run in honor of someone special to you. 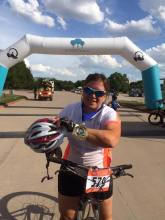 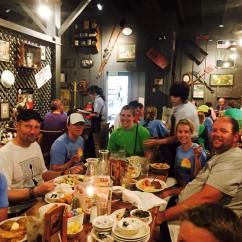 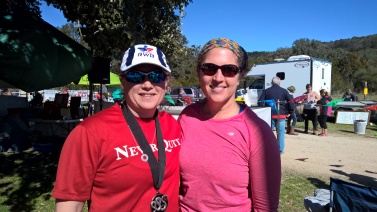 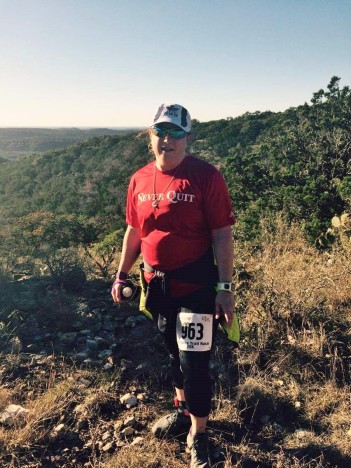 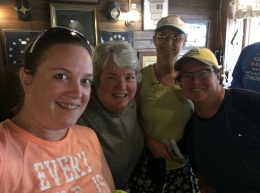 From left to right: Me, Linda, Susan, Mary 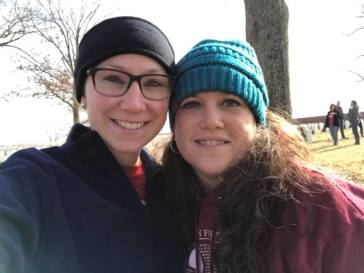 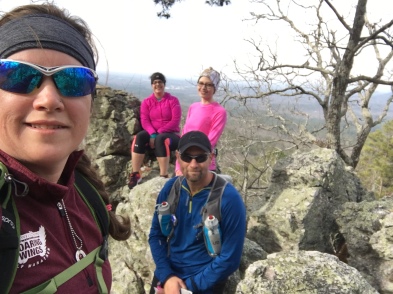 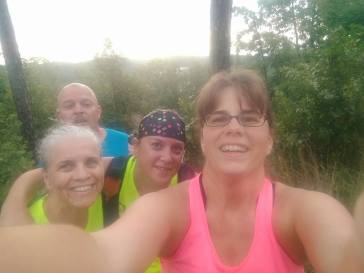 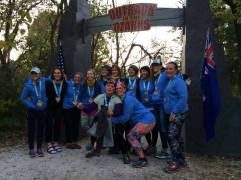 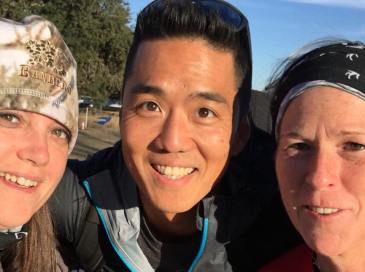 Recent Posts: Running in the bardo

Thank You for Your Service

Over the last few years I have noticed that more and more people thank me for my service. At first it was somewhat awkward, I did not know how to respond. I was a teenager who wanted to serve my country and see the world, why would they thank me?  What was I suppose to […]